Originally released for the official Harris campaign in June of this year, Tracie Ching's “Poster For The People" is a stunning portrayal of the VP nominee (now VP-elect!) that captures Kamala's essence as the joyful warrior.

Tracie has made waves with her entertainment work, but has become increasingly known for her political work (including portraits of Stacey Abrams and AOC, among others). To see more of Tracie's illustrations, visit her portfolio. 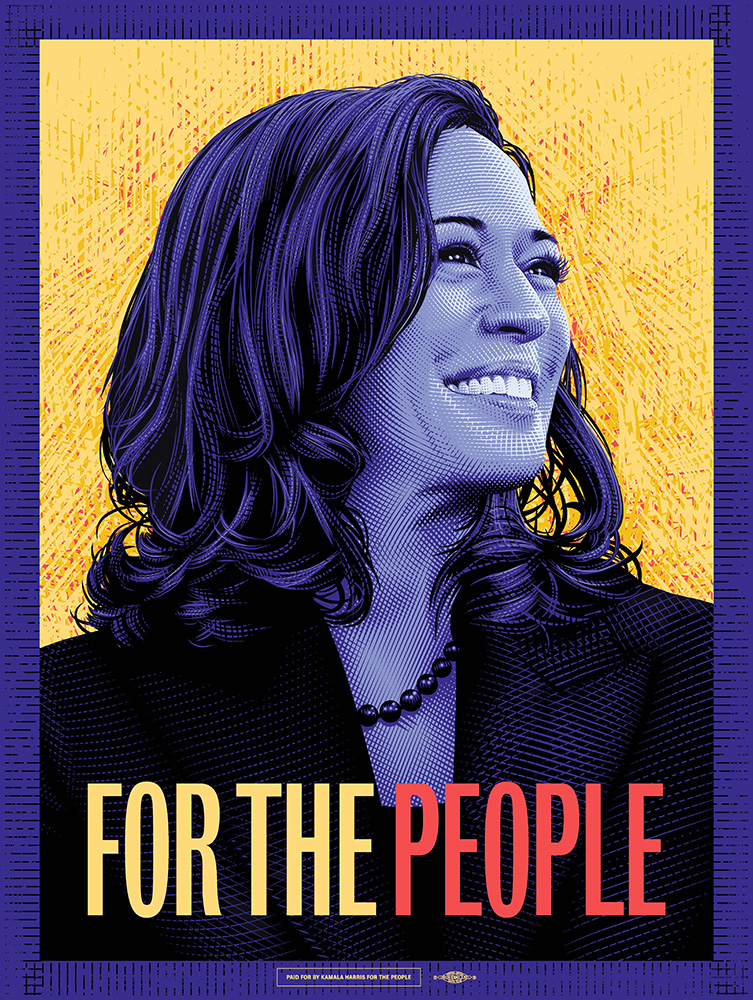