For a new article in Vanity Fair entitled "Power Tripping in the Swamp: How Trump's DC Hotel Swallowed Washington," Marcos Chin was tapped to create the feature's illustration. In this detailed piece, Chin has captured the characters of a number of world politicians, illustrating how the hotel has become a premium gathering spot for these powerful leaders.

"...[T]his is the new normal in Washington. Nearly three years after Trump’s election and the subsequent hand-wringing over the president’s eagerness to accept money from, well, anybody, his Pennsylvania Avenue hotel is so ensconced as a DC power hot spot that it might as well have been part of Pierre Charles L’Enfant’s original plan for the city. For an endless stream of lobbyists, GOP operatives, far right media personalities, tourists, and foreign officials, the Trump International Hotel is the epicenter of the MAGA universe." 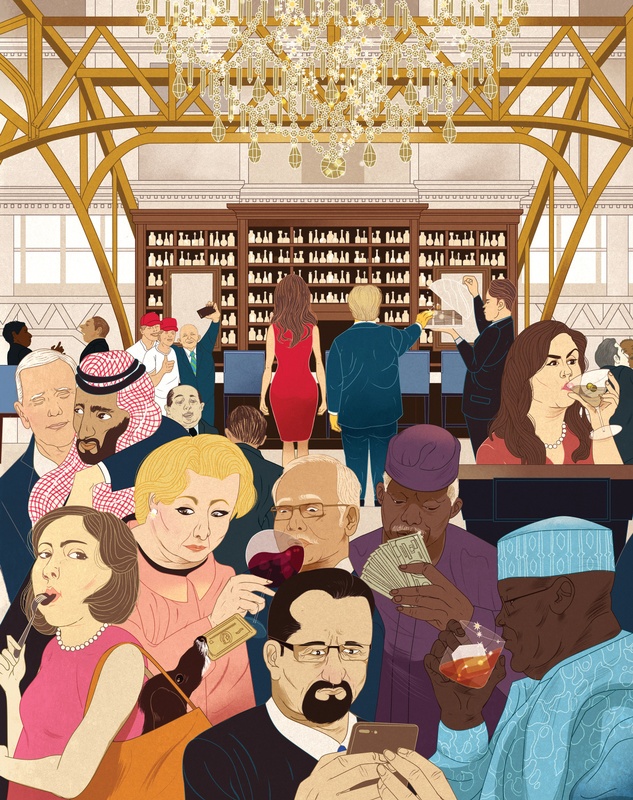