To mark the whirlwind of 2020, National Geographic featured 71 influential  photographs for the January 2021 issue to look back at the year. Stephen Wilkes' photograph documenting the Commitment March in Washington: Get Your Knee Off Our Necks from August 28, 2020.

From Stephen: "This is the first time the magazine has dedicated a whole edition to a single year. This image captures the Commitment March on Washington DC from Day to Night. This call for justice will be seen as a transformative moment in American history. The Commitment March commemorated the anniversary of Dr Martin Luther King’s, “I Have a Dream speech, 57 years ago to this day of August 28th 2020. The crowd was estimated to be over 250,000 people; from all over the country, representing every ethnicity, and reflecting the diverse cross section of culture that is America. It brought together civil rights leaders & families of Black victims in a peaceful protest against police violence. I photographed from an elevated crane in front of the WWII memorial for approximately 16 hours, recording this epic yet intimate view of the Commitment March; as the mass of protesters grew towards the Lincoln memorial and along its reflecting pools. I would like to personally thank the Reverend Al Sharpton and The National Action Network for their inspiration and help in making this image, and a special thanks to the exemplary team at National Geographic for their unwavering support in getting behind this important moment in our history and sharing it with the world."⁠⠀ 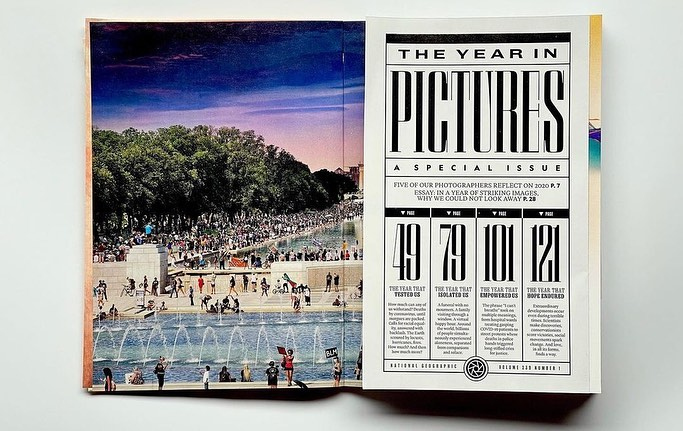 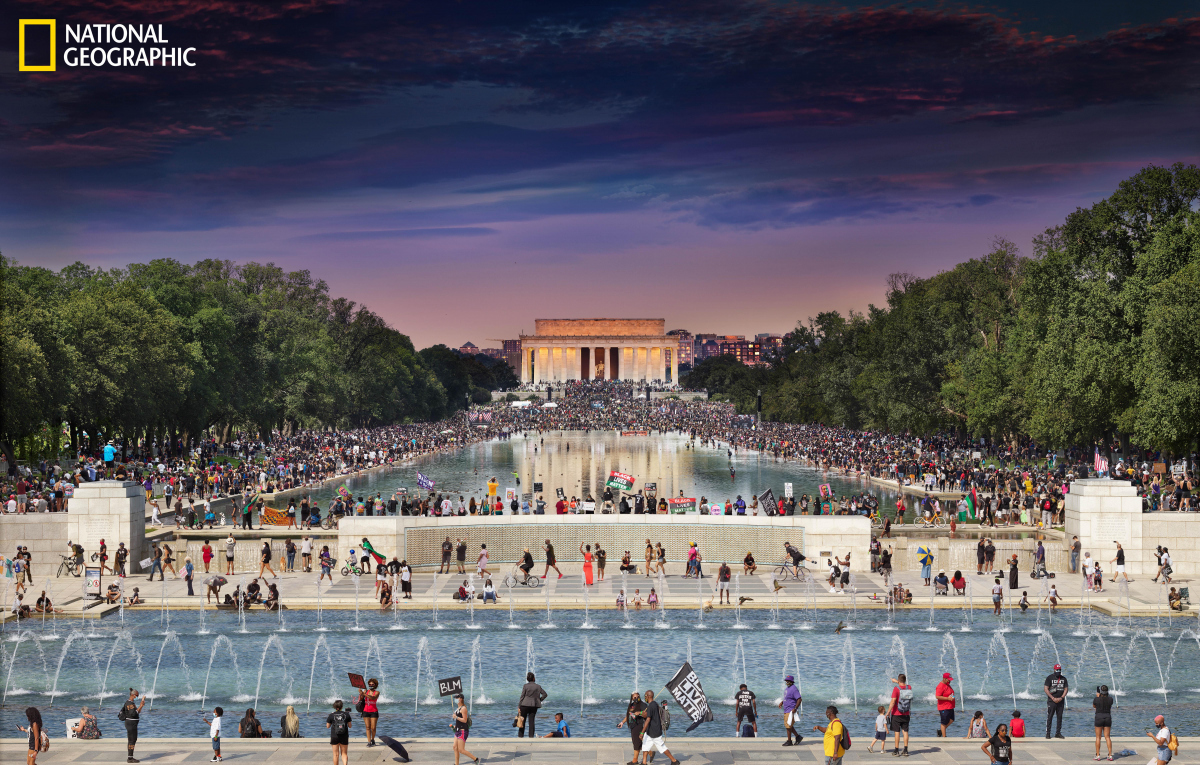