Featuring nearly two decades of work created in London, Japan, New York, and across the United States, NEW/NOW: Shantell Martin explored the evolution of Martin’s artistic style and technique while highlighting key aspects of her output, including art, performance, commerce, and technology, and their myriad cross-sections. Her large-scale site-speciﬁc mural entitled Transparency (2020) was created on the occasion of her exhibition at the NBMAA, and reﬂects the artist’s response to both the space and time in which it was made.

Martin’s collaborative pursuits are represented in numerous works that reveal her engagement with technology, commerce, and her own personal history. Among the earliest work in the exhibition, Martin’s Dear Grandmother comprises an installation of nearly 100 embroidered images and texts that she created in collaboration with her grandmother Dot Martin over the course of 13 years (2002-15). These pieces, which include phrases such as ‘Come Home/Go Home’ and ‘British/English,’ serve to bridge the distance between the two women and communicate across generation, race, and culture in a way that is playful, sincere, and productive.

Martin’s interest in technology is evident in a group of 3D printed drawing tools that she created as part of her 2016 residency at Autodesk’s Pier 9 Workshop in San Francisco; as well as a series of circuit boards that she designed in collaboration with programmer Jonathan Bobrow during her residency at MIT Media Lab in Cambridge, MA—each of which features imagery that reveals its functionality.

Examples of Martin’s partnerships with prestigious apparel or design companies were widely represented in the show. These included her limited-edition sunglasses created with Italian fashion brand Max Mara  as part of their 2017 “Prism in Motion” collection; as well as a custom helmet designed for Vespa. Martin’s spontaneous drawings adorn shoes and apparel created for Puma in 2018. Produced especially for her NBMAA NEW/NOW exhibition was a couch, loveseat, and ottoman by French furniture company Ligne Roset, upholstered in textiles that Martin created in collaboration with Momentum Design Studio in 2017.

These works and more demonstrate Martin’s incredibly prolific output and her remarkably innovative and groundbreaking approach to art, object, and idea-making. - Text courtesy of NBMAA 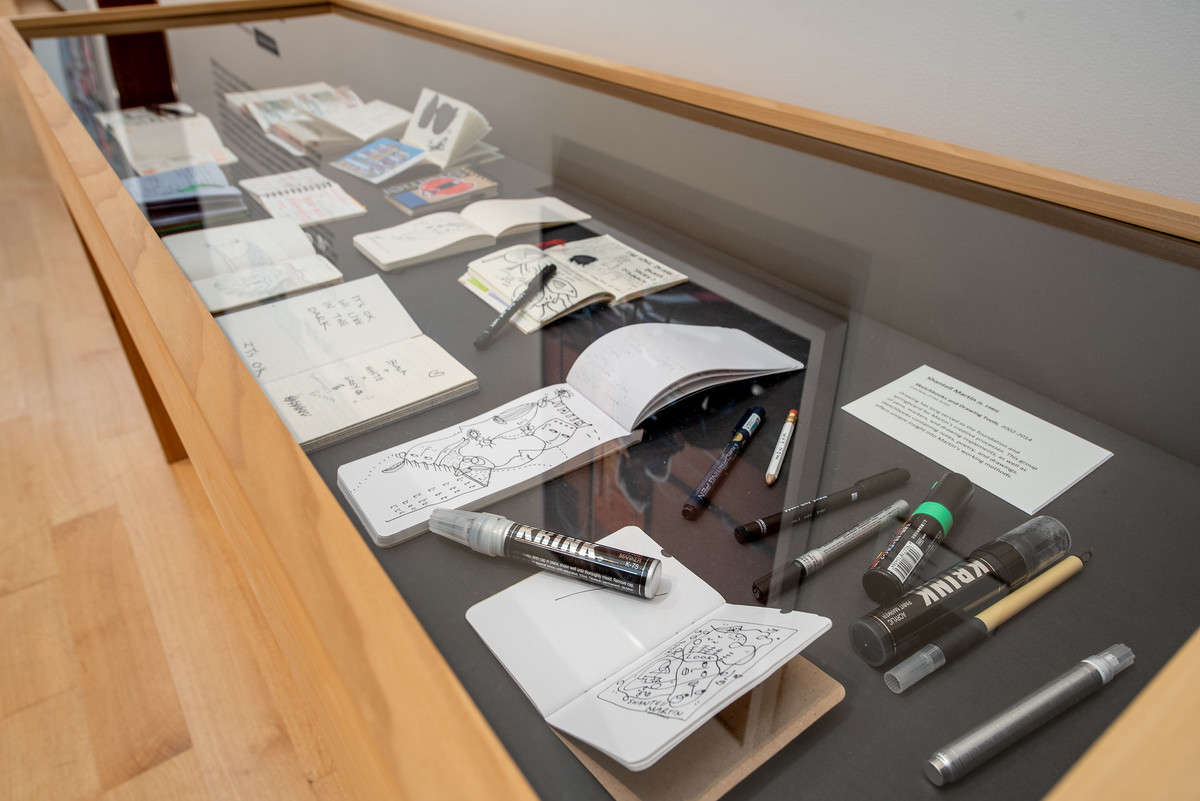 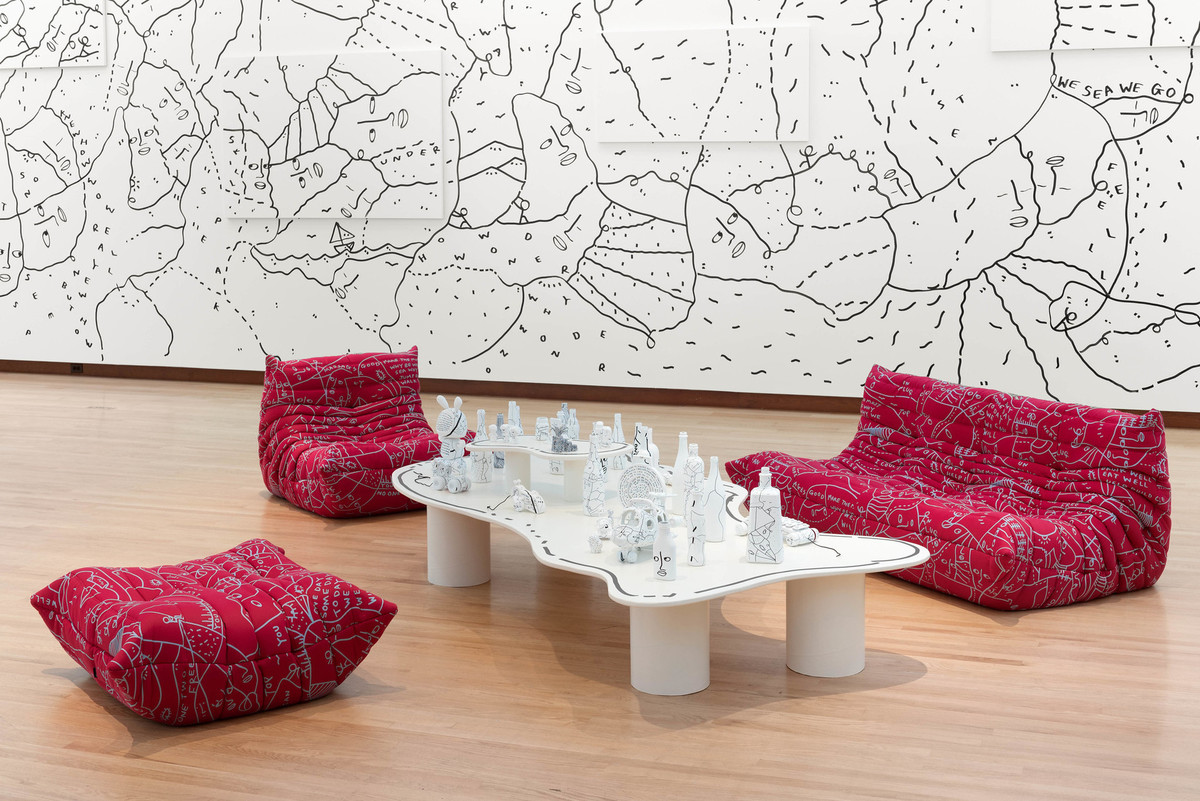 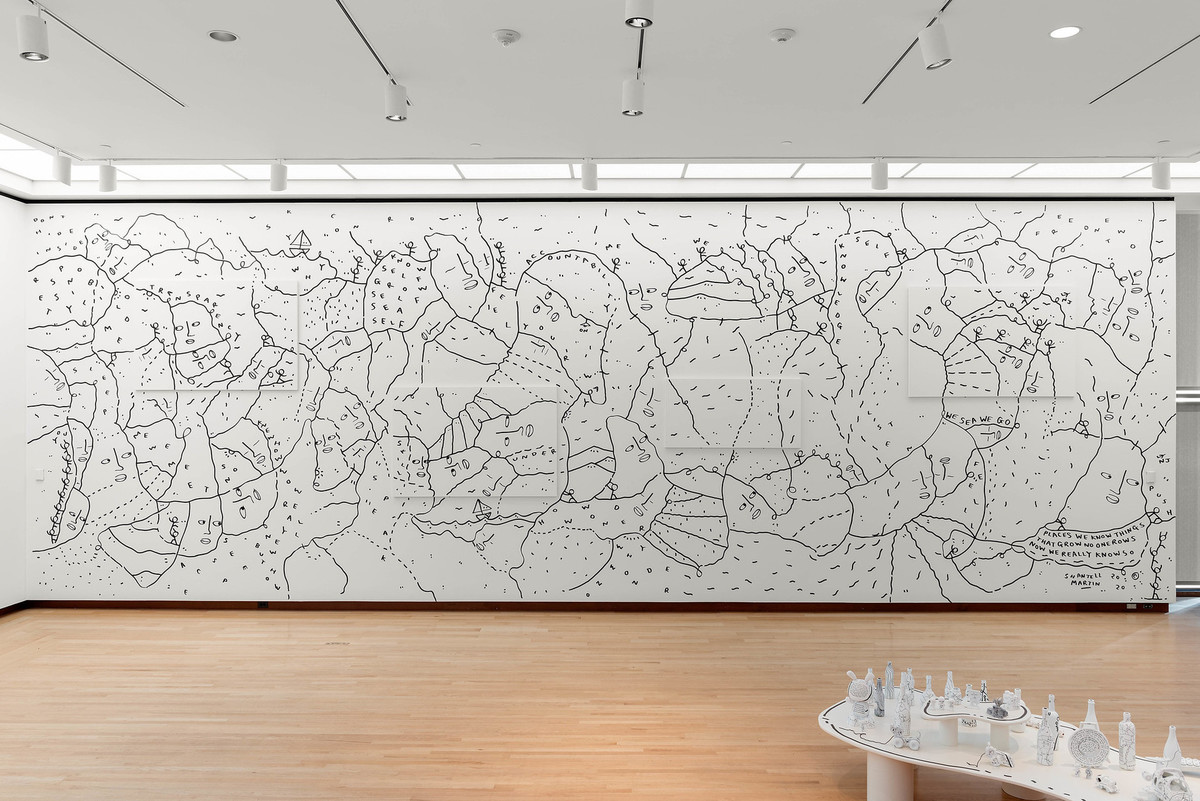 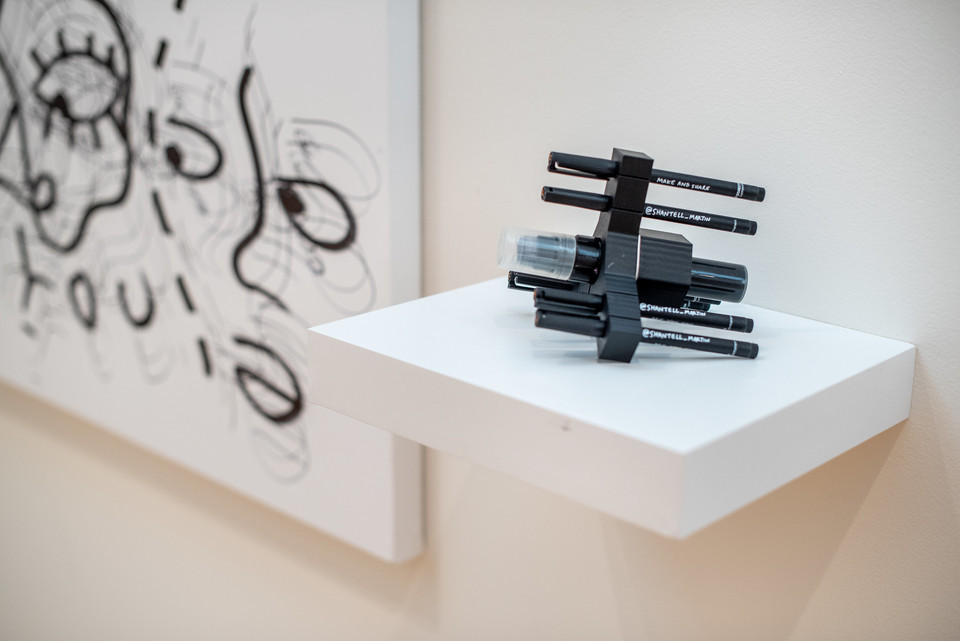 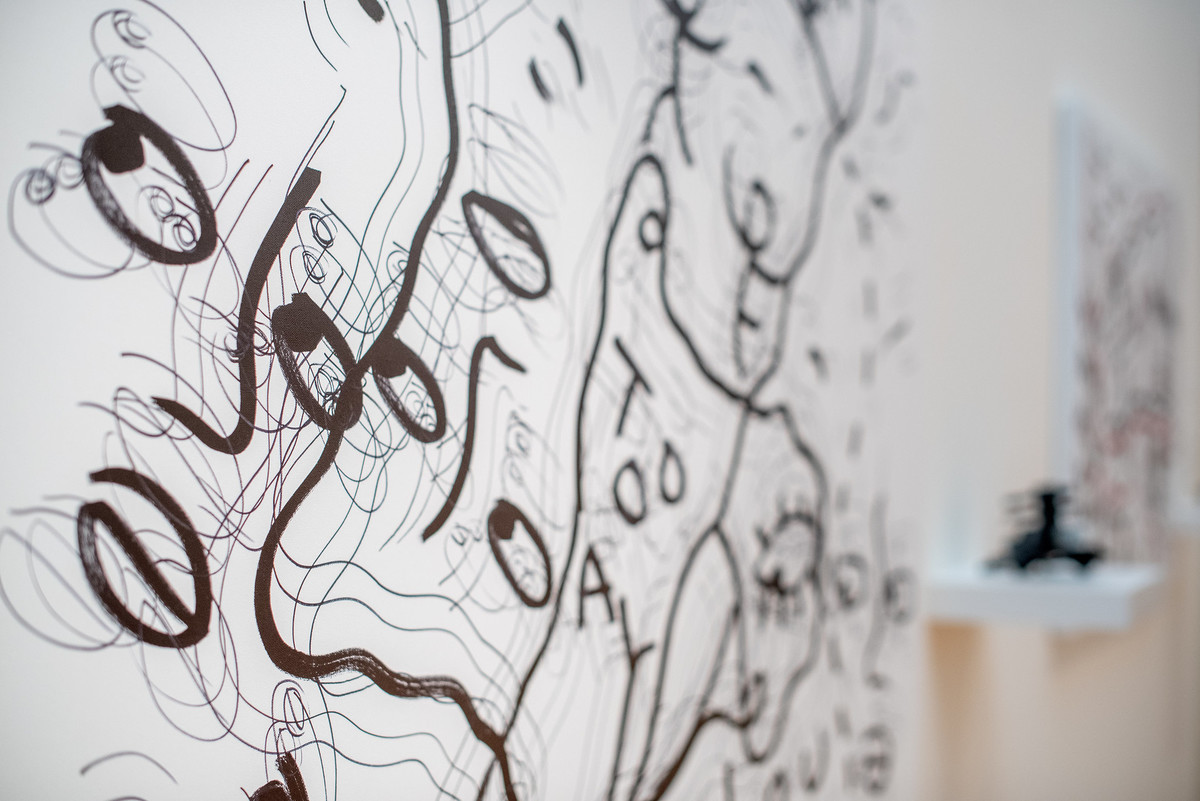 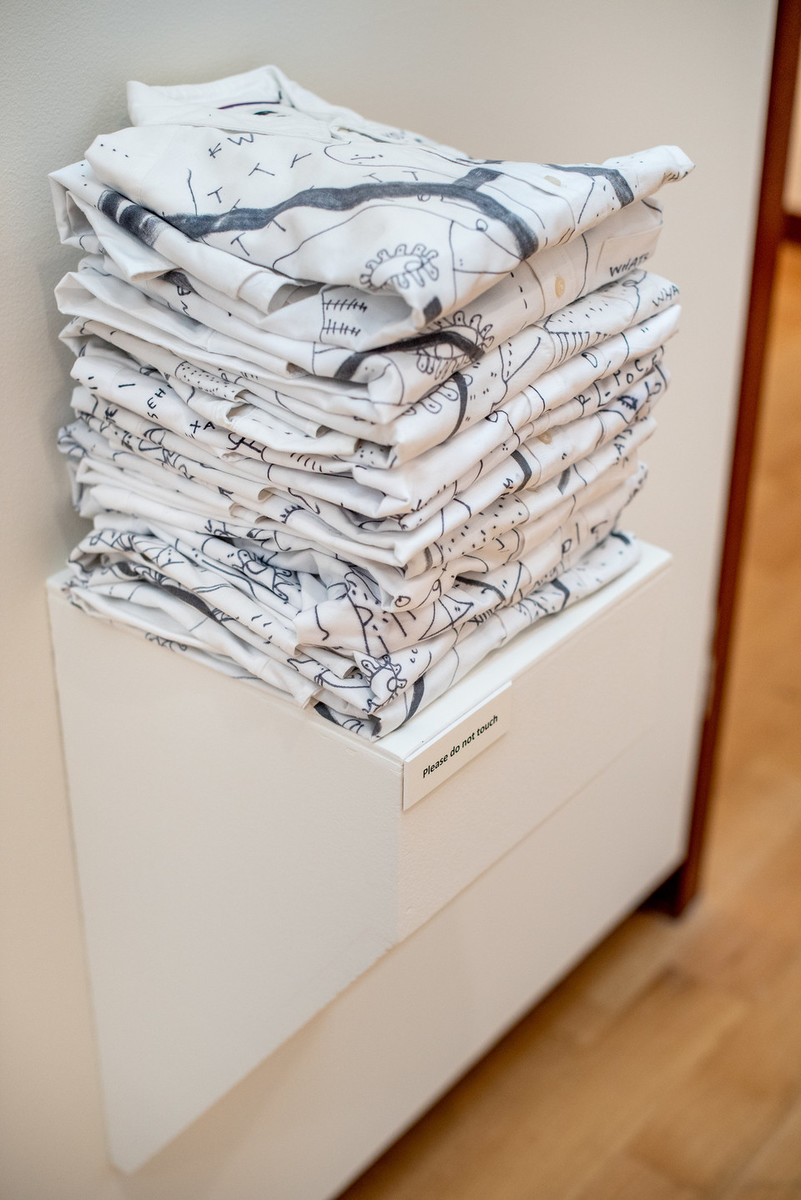 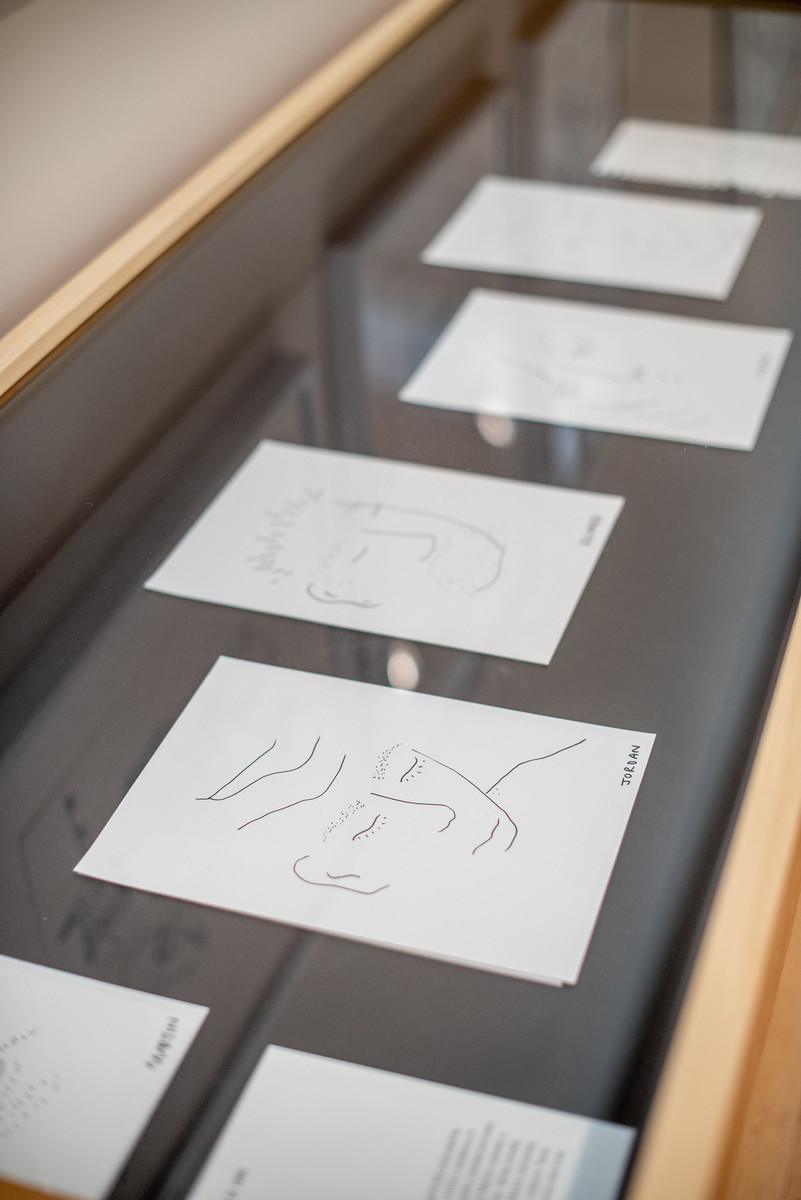 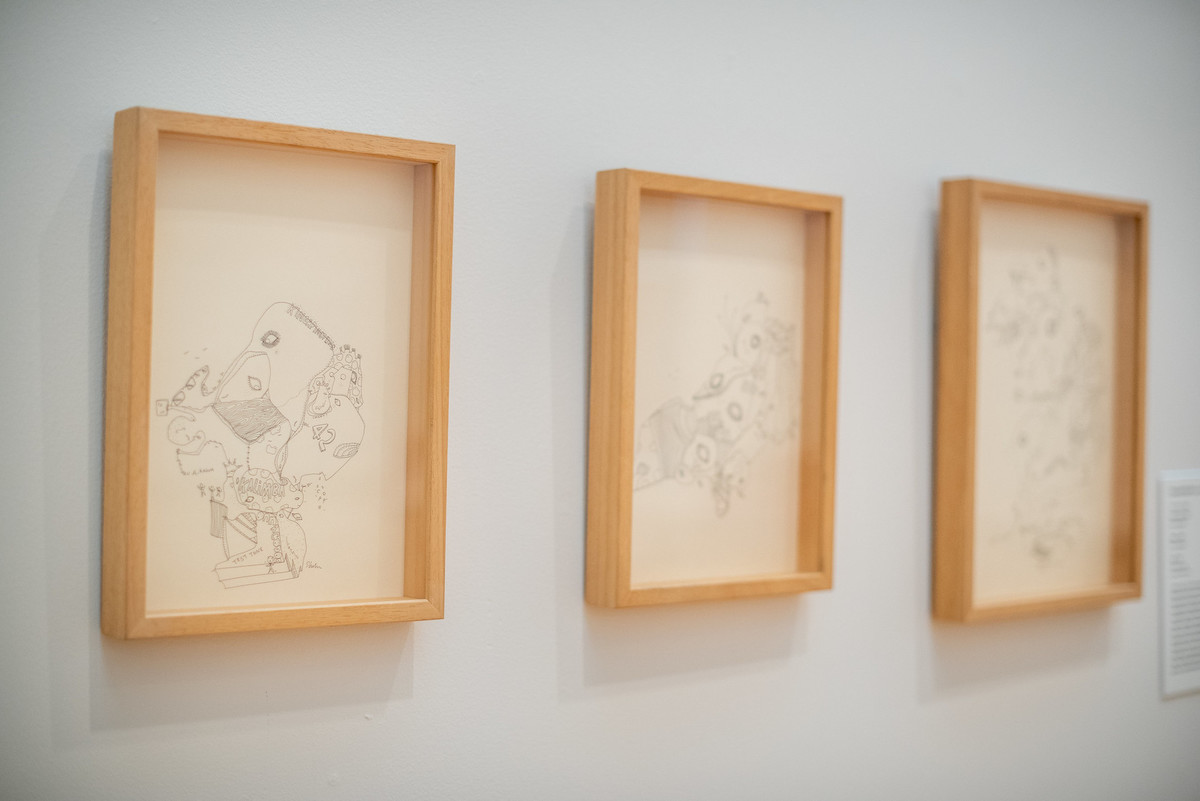 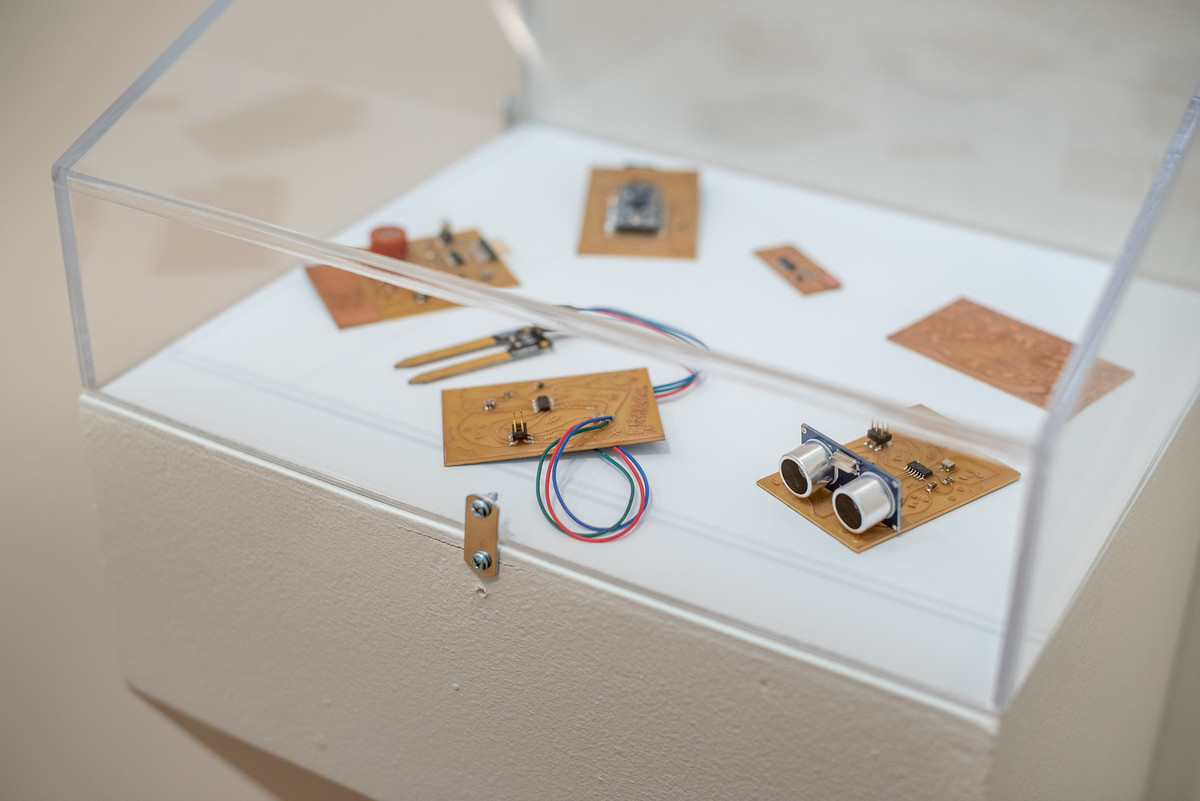 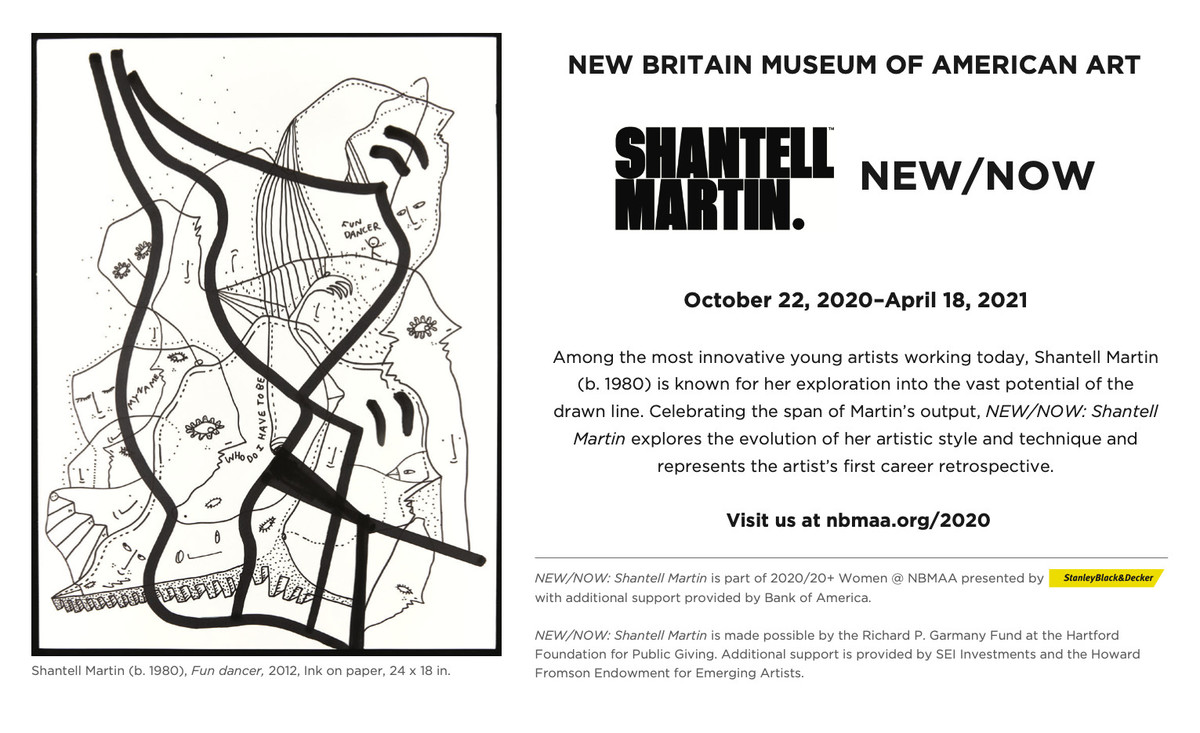